Armenia proposes “all for all” principle in exchange of POWs 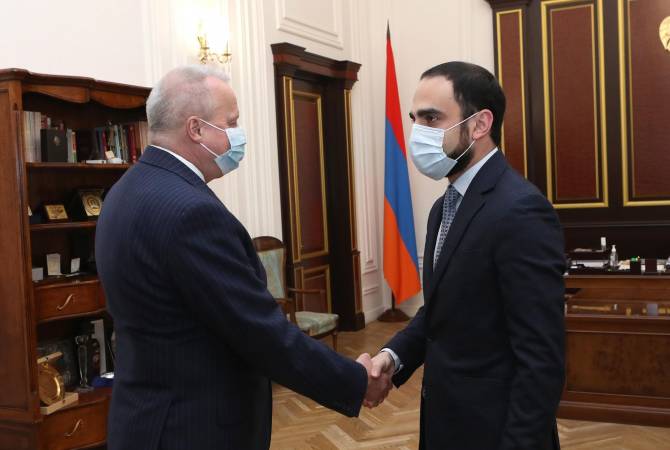 Avinyan thanked the ambassador for the key role Russia played in ending the war in Artsakh and establishing ceasefire.

Issues related to the exchange of prisoners of war, search operations for the missing persons and the retrieval of the bodies of the victims were discussed. Avinyan said that these issues are top priority tasks for the Armenian government and everything is being done to accelerate the process, his office said in a news release.

Avinyan told the ambassador that Armenia is proposing the “all for all” principle in the exchange of prisoners. In addition, a mechanism is proposed envisaging that in the event of new prisoners appearing in either of the sides in the future, they should immediately be returned without any preconditions.

The Russian ambassador said that the issues of the POWs, the missing persons and the search for the bodies of the dead are under the spotlight of the top leadership of Russia.