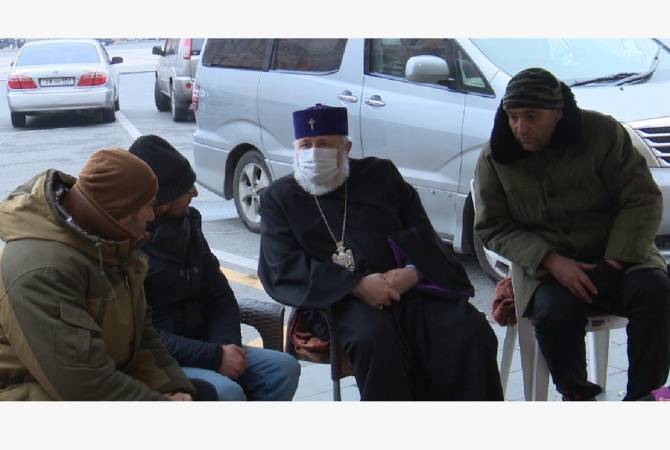 
YEREVAN, DECEMBER 1, ARMENPRESS. The ARF official Gegham Manukyan and several of his supporters demanding the resignation of the Prime Minister have stopped their hunger strike after the Catholicos Garegin II personally visited them outside the government headquarters and asked them to do so, a spokesperson for the Armenian church said.

Manukyan, who declared an indefinite hunger strike on November 23 in demand of the resignation of PM Pashinyan, said it was “hard to refuse the Catholicos”.  He said he would continue “the struggle.”