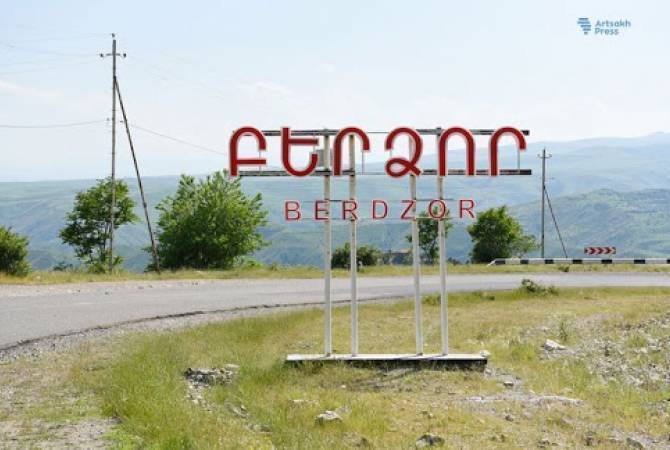 
BERDZOR, DECEMBER 1, ARMENPRESS. Many of the residents of Berdzor are currently in the town, Mayor Narek Alexanyan told ARMENPRESS amid a vague situation over the town’s fate.  The Lachin corridor, linking Armenia with Artsakh, runs through Berdzor, which in turn is located in the Kashatagh province – which has come under Azeri control under the terms of the Karabakh armistice. But the fate of the town remains vague.

According to the mayor, the Russian peacekeepers told them yesterday that they have to lower the flag of Artsakh, and that the flag of neither side should be raised there.

“Nevertheless the Russian peacekeepers didn’t specify whether or not the Azeri armed forces would enter Berdzor. It’s possible that women and children have left the town due to safety concerns, but many have stayed. Regarding the rumors alleging that only 200 residents should remain in the town as service staff for the peacekeepers – I don’t have any information on this. Anyhow, right now the number of residents who stayed in Berdzor is a lot more than 200. I myself am in Berdzor,” the mayor said.

The Russian peacekeepers are now stationed in Berdzor, while the local residents are waiting for further developments.

Reporting by Van Novikov; Editing and Translating by Stepan Kocharyan

10:38, 01.15.2022
Viewed 1569 times CCAF calls on French government to demand apology from Azeri authorities or else recall ambassador over Aliyev’s threats

10:01, 01.17.2022
Viewed 1554 times French lawmakers call on Macron to demand apology from Aliyev for threats to presidential candidate after Artsakh visit