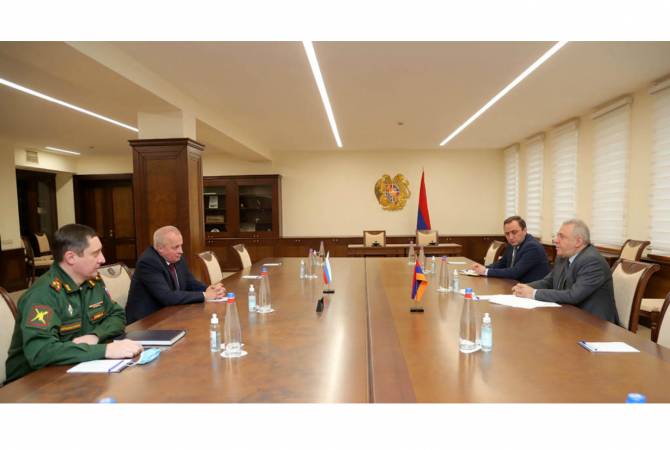 During the meeting the sides highly valued the dynamics of the Armenian-Russian allied cooperation and political dialogue, as well as the productive partnership in the defense sector.

Defense Minister Harutyunyan specifically highlighted the role and efforts of Russia aimed at stabilizing the military-political situation in the region, the efficiency of the ongoing peacekeeping mission in Artsakh within the frames of the implementation of the November 10 statement signed by Russia, Armenia and Azerbaijan.

The officials also attached importance to the activity of the Russian inter-agency humanitarian center in the territory of Nagorno Karabakh aimed at the return of the refugees, restoration of civilian infrastructure, search for those killed, captured and missing in action and combination of the activities of various organizations in the humanitarian field.