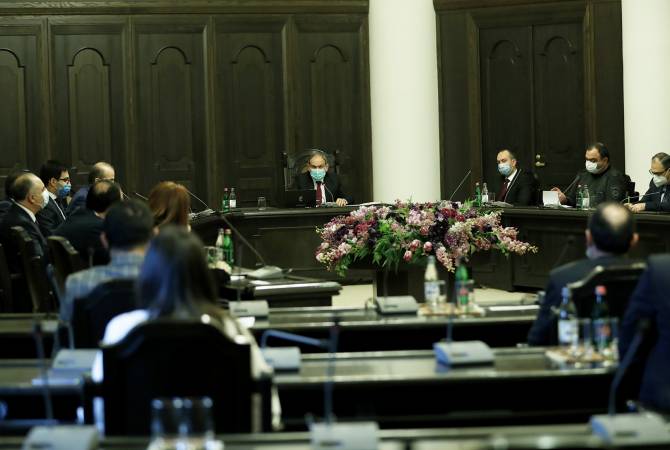 The Prime Minister said that in the current situation the growing public demand is for the government bodies and institutions to work clearly. “I am speaking in this case especially about the law enforcement system and the protection of law and order. During today’s discussion I’d like us to exchange views and share assessments as to what extent do institutions aimed at protecting law and order function duly today and what is our assessment, including from the perspective of ensuring partnership and lawfulness. I’d like to speak about a specific example. As you know, overnight November 10 events took place, and, essentially an attack happened against the Speaker of Parliament. Under these cases criminal charges are now pressed against 50 people, of which motions for arrest warrants have been filed to courts for 42 of them. 20 of the motions were rejected, 18 were granted, two people were jailed in the case of the attack on the Speaker of Parliament, and the jailing of another person was rejected. If I correctly voiced this, this statistics and the main question is the following: what is our assessment, to what extent is this situation a proper response to what has happened, if we find it to be proper, let’s take note of it, if we don’t – then let’s understand what the problem is and why we have this situation,” Pashinyan said.

Prosecutor General Artur Davtyan and the NSS Department of Investigations Director Artur Poghosyan briefed on the legal procedures regarding the November 10 overnight events and the studies and investigations results.