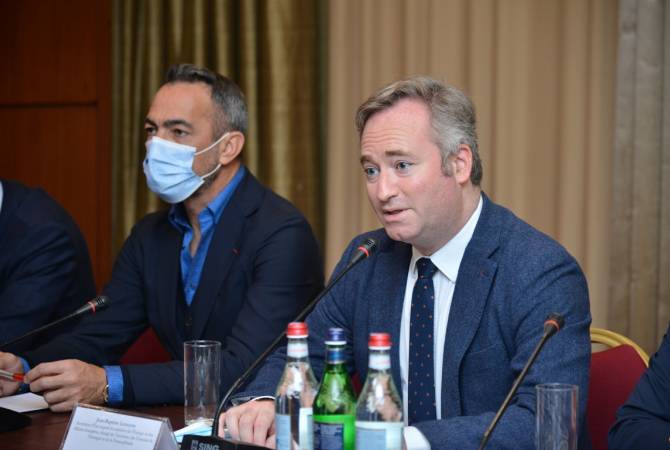 
YEREVAN, NOVEMBER 28, ARMENPRESS. France is cooperating with UNESCO to protect the cultural and spiritual heritage in Nagorno Karabakh that have come under Azeri control, French Minister of State attached to the Minister for Europe and Foreign Affairs Jean-Baptiste Lemoyne told a news conference in Yerevan.

“During the past weeks the President of the French Republic Emmanuel Macron held numerous contacts with the Prime Minister of Armenia Nikol Pashinyan, President of Russia Vladimir Putin and Azerbaijani President Ilham Aliyev, as well as the other OSCE Minsk Group Co-Chairing countries, and had the chance to once again express his commitment. That commitment is based on different aspects, and one of them touches upon the protection of the heritage of cultural and spiritual values, a part of which are located in Azeri territory. We are cooperating with UNESCO and other organizations that have assumed this mission to protect these treasures,” he said.