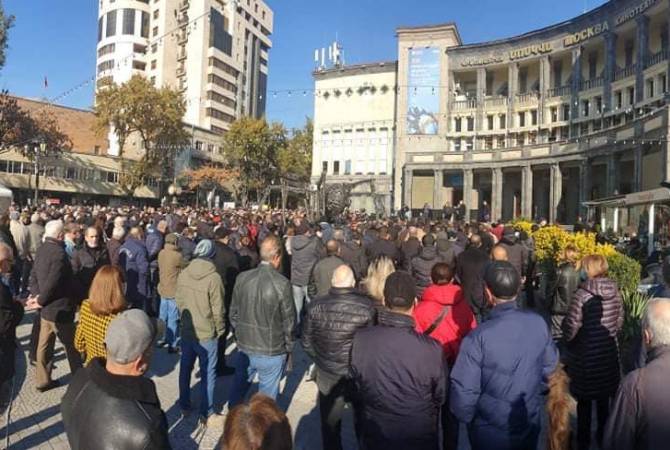 
YEREVAN, NOVEMBER 28, ARMENPRESS. A group of prominent Armenian artists organized a demonstration at the Charles Aznavour Square in downtown Yerevan, calling on all international organizations to exert pressure on Azerbaijan to release the Armenian prisoners of war and return the bodies of the fallen troops without delay, as well as not to allow Baku to forcefully march the Armenian POWs at a military parade in Baku - something numerous media reports claim could potentially happen.

Acclaimed actor Hrant Tokhatyan delivered remarks at the demonstration, asking everyone to raise this issue intensively and more actively.

“The more our voice of protest reaches the international bodies, perhaps the sooner we will be able to solve the issue of our guys. Let’s start,” he told the crowd.

The artists said they will gather once again at 12:00 on November 29 to hold a procession where each of them will hold a photo of an Armenian POW currently held in Azeri custody.