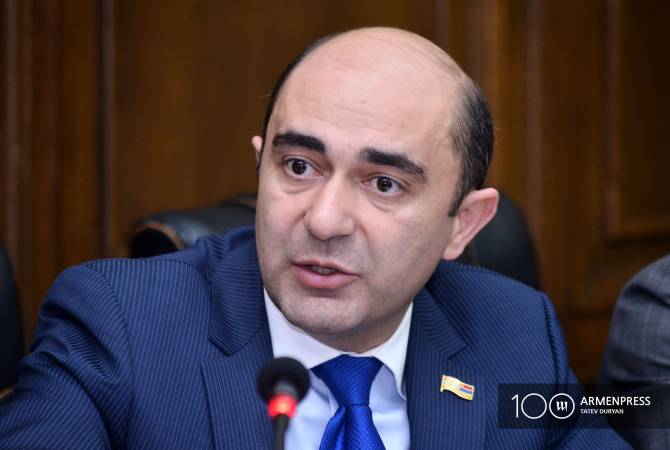 
YEREVAN, NOVEMBER 28, ARMENPRESS. The Bright Armenia (LHK) party leader Edmon Marukyan says he is proposing the creation of a trilateral commission consisting of representatives of Russia, Armenia and Azerbaijan to deal with the repatriation of prisoners of war.

Marukyan said the idea came up during a discussion with Artak Zeynalyan, a lawyer and the former justice minister.

The opposition leader says the commission would “visit without obstruction the prisoners of war in custody in both sides, will prevent the possible ill-treatment against the prisoners of war, will specify their total number, the real location of detention and conditions.”

“The commission must be formed as soon as possible, for the protection of the prisoners of war and for their immediate return to their families,” he said.