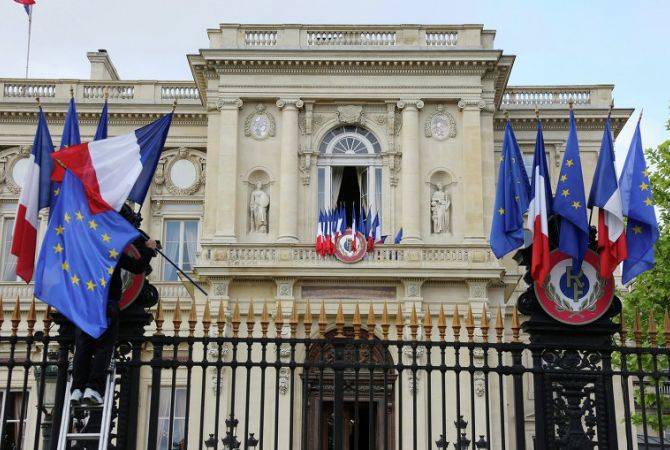 
YEREVAN, NOVEMBER 27, ARMENPRESS. France, as an OSCE Minsk Group Co-Chair, remains committed to the efforts aimed at achieving a lasting settlement of the Nagorno Karabakh conflict, the French foreign ministry said in a statement, commenting on the adoption of the resolution by the French Senate on the necessity to recognize the Nagorno Karabakh Republic.

The French foreign minister said today its key task should be to ensure the safe return of displaced persons.

“Like in the past France is committed to reaching a stable settlement of the conflict, taking into account the demands of respecting the security and dignity of the peoples in the region. France will also do everything possible for the stabilization of the situation in the South Caucasus”, the statement says.

On November 25 the Senate of France has adopted a resolution on the necessity to recognize the Nagorno Karabakh Republic. The resolution was passed with 305 votes in favor, 1 against and 30 abstentions. During the Senate session the MPs called on the government to act, stand by the Armenian people and recognize the independence of Nagorno Karabakh.