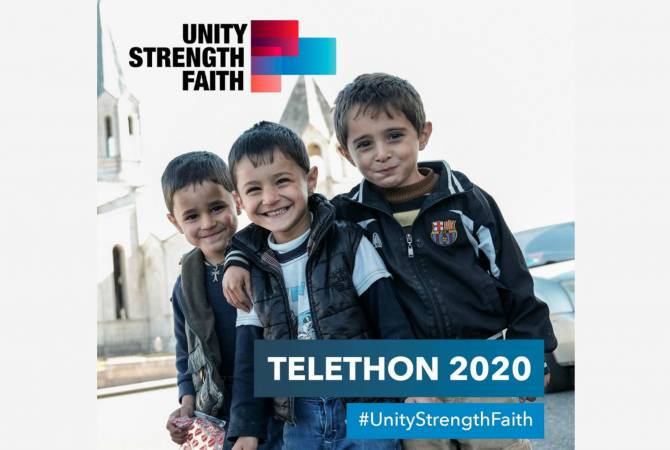 
YEREVAN, NOVEMBER 27, ARMENPRESS. The 23rd Annual Thanksgiving Telethon took place in Los Angeles on November 26th with the slogan of Unity, Strength and Faith, the Hayastan All Armenian Fund reports.

Out of respect for the solemn mood of the Armenian nation and the lives lost in the defense of the Homeland the Telethon took place over 4 hours instead of the previous years’ 12. The Armenians of the US in their unity and commitment to the people of Artsakh raised $22,990,898.

“In light of recent developments in Artsakh and Armenia, all proceeds of Telethon 2020 will be directed to supporting 100,000 displaced individuals and the families of our fallen soldiers who lost their lives to protect the sovereignty of both republics,” said Armenia Fund USA President Maria Mehranian.

Since September 27th the Armenian community of the United States has been one of the most active in fundraising for the support of the Homeland. Prior to the Telethon, the community had already raised close to $ 80 million and over 100tons of humanitarian aid including medical equipment and supplies as well as other essential items.

Fundraising Phonethons have also been taking place in various Armenian communities in Europe and will continue around the world through to the end of the year. On November 22nd the Annual Phonethon took place in France by the Hayastan All Armenian Fund’s partner organization Fonds Armenien de France which so far has raised over $3.13 million.