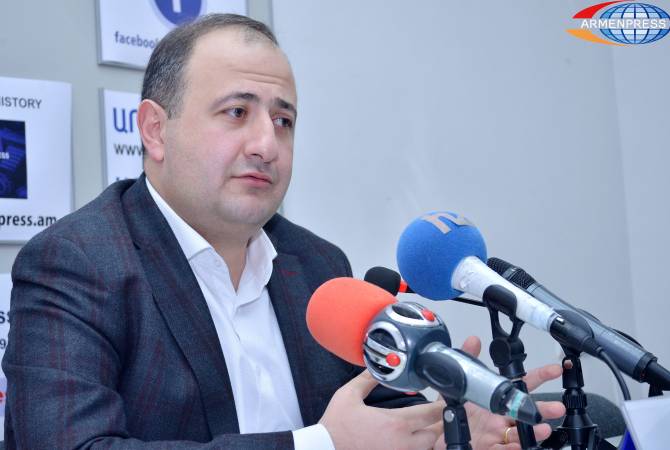 
YEREVAN, NOVEMBER 26, ARMENPRESS. Turkey’s plans to populate the territories of Nagorno Karabakh, which have come under the Azerbaijani control, with Syrians will not be accepted by both Russia and Iran. Russia would not allow it or will take anti-terrorist measures later, Expert on Turkish studies Ruben Melkonyan told Armenpress, commenting on the foreign and local media reports according to which Turkey is transferring Syrians to the territories of Nagorno Karabakh currently controlled by Azerbaijan.

The expert said these reports, even they are not coming from real facts, have a very serious potential of becoming a reality.

According to him, the issue should be viewed from two important domains. “The first one is that Turkey’s open participation to the recent war [in Karabakh] made us suppose that after the war as well Turkey will continue to keep its active presence in this matter. And it’s natural that Turkey will try to take some steps in its policy priorities. Secondly, we need to take into account that the demography policy or the demographic engineering has a very important place in Turkey’s policy. It is based on a state tradition and has a history of centuries. In the occupied territories Turkey is immediately starting the policy of neutralizing the further threats and creating additional threats for the enemy countries”, the expert said.

Melkonyan reminded that before the Armenian Genocide Turkey has populated various territories of historic Armenia with different Muslim nations which later played a role in the implementation of the Armenian Genocide. He said Turkey, by occupying several territories in Syria, is populating them with people faithful to it. According to the expert, Turkey is trying the same also in the territories of Artsakh which have come under the Azerbaijani control. “My analysis is based on the principles of the Turkish demographic policy, and these principles allow to claim that populating the occupied territories of Artsakh with people faithful to Turkey is very realistic”, he said.

Melkonyan is sure that some of these people will be terrorists with their families who can turn from a ‘peaceful civilian’ to an extreme terrorist at any moment, by participating in military or terrorist operations. “In other words, by populating that territories with that people, Turkey in fact is deploying a special division of the army in the face of terrorists and their families”, the expert on Turkish studies noted.

Asked why there is no wish to populate those territories with Azerbaijanis, Melkonyan said the question should be viewed in the context of expected public developments, complaints in Azerbaijan and we should understand whether Azerbaijan’s statement that the refugees want to move to Aghdam and other territories is true or is another myth.

Melkonyan also stated that Turkey’s such plans are not in the interests of Iran and Russia.

“Russia should not allow transfer of terrorists to that region which is closer to its borders. But if we look at the issue from political perspective, the presence of terrorists in this territory would allow Russia to take certain steps at any moment under the anti-terrorist war flag or other”, he said.

Ruben Melkonyan proposed to wait for developments and understand which priority will be more influential for Russia – the humanitarian one or the anti-terrorist one. The expert, however, believes that both Russia and Iran would not accept these steps and may take some actions either now or later. “Nevertheless, we need to understand that this issue is going to be one of the key points of the Russian-Turkish or Turkish-Iranian clash”, Ruben Melkonyan said.