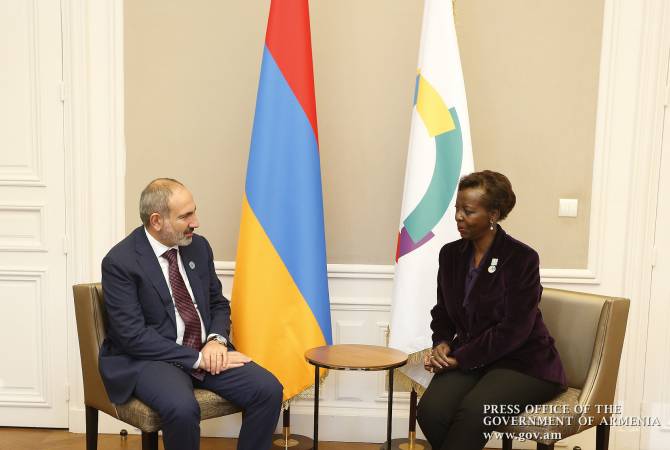 
YEREVAN, NOVEMBER 25, ARMENPRESS. Prime Minister of Armenia Nikol Pashinyan held a telephone conversation with Secretary General of the International Organization of La Francophonie Louise Mushikiwabo at the initiative of the latter.

As ARMENPRESS was informed from the Office of the PM, Nikol Pashinyan thanked Louise Mushikiwabo for the attention and support to Armenia during the hard period. He drew the attention of the OIF Secretary-General to the fact of the involvement of thousands of mercenary-terrorists during the Azerbaijani-Turkish aggression against Artsakh, noting that their presence in Azerbaijan is a serious threat for international and regional security.

The sides highlighted the preservation of Armenian religious and historical heritage in the territories that have passed under the Azerbaijani control and emphasized the priority of returning the hostages and war prisoners.

Louise Mushikiwabo expressed solidarity to the Armenian PM, highlighted Armenia’s role in the International Organization of La Francophonie and assured that will make all efforts for strengthening the relations with Armenia in the sidelines of the organization.

She conveyed the warm greetings of the President of her country, Rwanda, to Nikol Pashinyan.