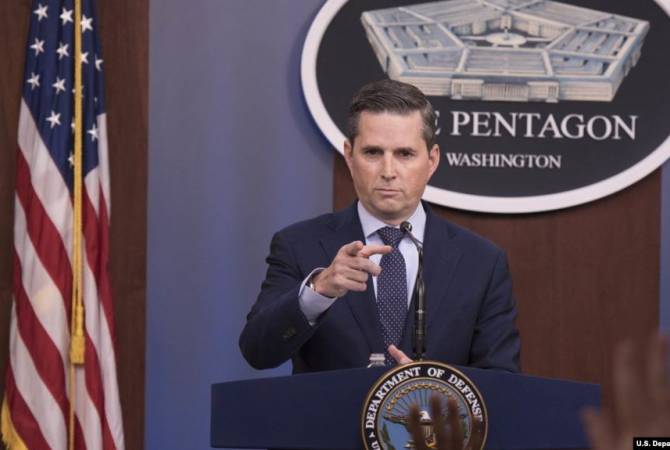 
YEREVAN, NOVEMBER 25, ARMENPRESS. The agreements on complete cessation of hostilities in Nagorno Karabakh, which were reached by the statement signed by the leaders of Russia, Armenia and Azerbaijan, are currently being maintained, and the US side welcomes such development of events, Jonathan Rath Hoffman, Assistant to the Secretary of Defense for Public Affairs, has said at a briefing.

“Well fortunately, I will say that there is a peace agreement in place right now in between Azerbaijan and Armenia that appears to be holding at the current point”, he said.