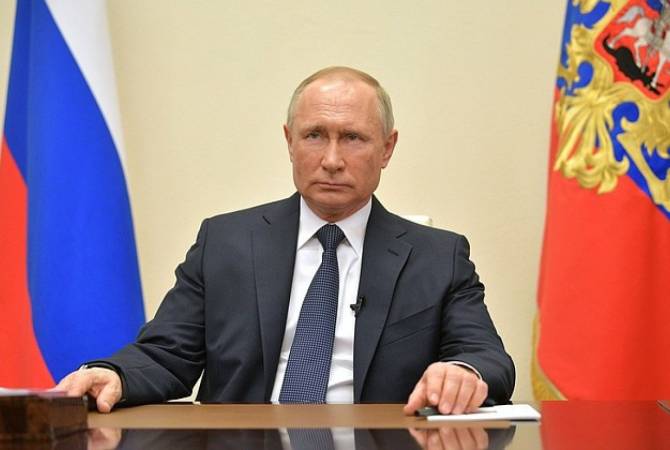 
YEREVAN, NOVEMBER 24, ARMENPRESS. The Russian humanitarian response center is starting its operation in Nagorno Karabakh aimed at providing support to the residents of the regions affected from the recent war, President of Russia Vladimir Putin said today.

“The Russian humanitarian response center is starting its activities which will deal with providing help to the residents of the affected regions, restoring infrastructure and creating conditions for peaceful life. We expect specialized international organizations to take a substantial part in these efforts. We believe that all this creates pre-requisites for the long-term and full-format settlement of the long-standing conflict on a fair basis in the interests of the Azerbaijani and Armenian peoples”, the Russian leader stressed as quoted by TASS.

Putin expressed hope that the international organizations will also support these efforts.

“In the past period Russia has been taking several mediation efforts for the settlement of one of the oldest conflicts. We have taken steps to halt the hostilities in Nagorno Karabakh which led to thousands of deaths both in our friendly Armenia and Azerbaijan. In line with this, we have followed all the key agreements reached within the frames of the OSCE Minsk Group. The situation, in general, is normalizing”, Putin said.