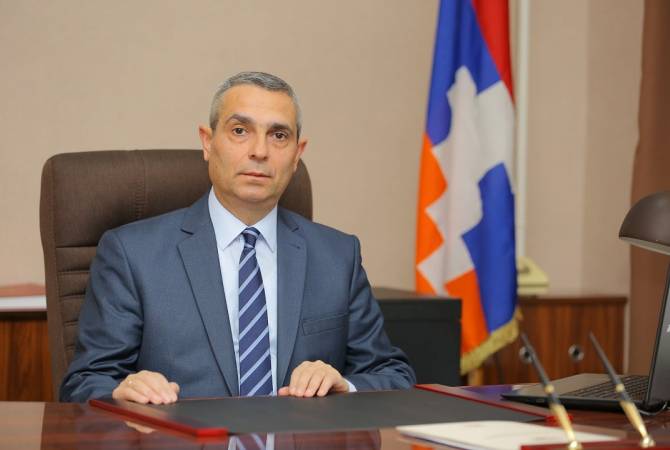 
YEREVAN, NOVEMBER 20, ARMENPRESS. The recent public discussions on the status of Artsakh, as well as the provocative announcements of Azerbaijani leadership reaffirm the need for the international recognition of Artsakh as the most effective way to overcome the situation resulted by the aggression by Azerbaijan against our country sponsored by Turkey and the international terrorists, Foreign Minister of Artsakh Masis Mayilyan announced.

As ARMENPRESS was informed from the press service of the MFA Artsakh, the Foreign Minister of Artsakh also emphasized that the categorical refusal of Azerbaijani top leadership to hold discussions on the status of Artsakh eliminate all kinds of obstacles for other countries to recognize the independence of the Republic of Artsakh.

‘’If in the past countries abstained from recognizing Artsakh’s independence conditioned by their concerns not to impede the peace process of Azerbaijan-Karabakh conflict, now, following the armed aggression against Artsakh and occupation of a significant part of its territories and Baku’s public refusal to discuss the issue of the status, those concerns have lost their relevance’’, Mayilyan said, adding that Artsakh’s international recognition will create conditions for restoring its territorial integrity through political and diplomatic measures. ‘’The international community has no right to put up with the situation which is the result of an armed aggression carried out by two totalitarian and genocidal countries and international terrorists, the activities of which in no way fits in the limits of legal and moral norms of the civilized world’’, the Foreign Minister of Artsakh said.