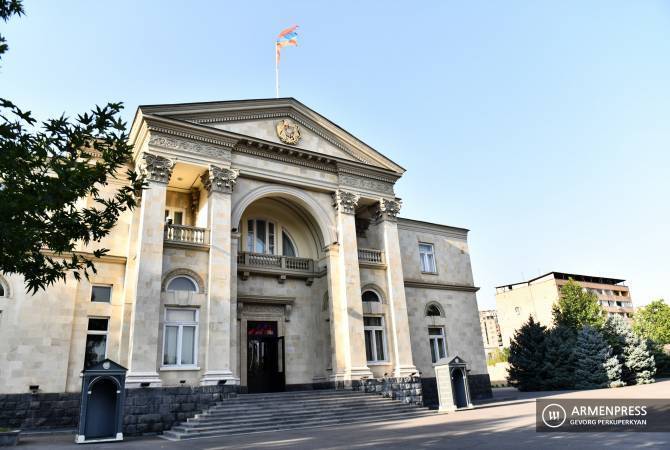 
YEREVAN, NOVEMBER 18, ARMENPRESS. President of Armenia Armen Sarkissian signed a decree on awarding three crewmembers of a Mi-24 Russian helicopter which was shot down by the Azerbaijani armed forces in the airspace of Armenia, the Presidential Office told Armenpress.

The Armenian President signed the respective decree based on the prime minister’s petition.

A Russian Mi-24 military helicopter was shot down over Armenia near the border with Azerbaijan on November 9. Two crewmembers died and the third pilot was wounded. Azerbaijan’s Foreign Ministry admitted that the helicopter had been shot down by the Azeri armed forces by mistake and stated Baku was ready to pay compensation to Moscow over the incident.