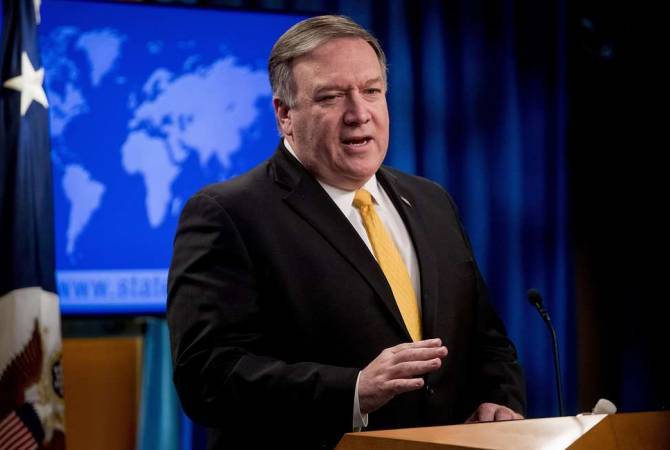 ''The United States welcomes the cessation of active hostilities between Armenia and Azerbaijan.  From the start of the recent hostilities, the United States called for an end to the violence and condemned the military escalation that resulted in significant casualties, including civilians.  We once again extend our condolences to the families of those killed and injured and call on all parties to respect their obligations under international law, including international humanitarian law.

Ending the recent fighting is only the first step toward achieving a peaceful, negotiated settlement of the Nagorno-Karabakh conflict.  We urge the sides to re-engage as soon as possible with the Organization for Security and Cooperation in Europe (OSCE) Minsk Group Co-Chairs to pursue a lasting and sustainable political solution to the Nagorno-Karabakh conflict based on the Helsinki Final Act principles of the non-use or threat of force, territorial integrity, and the self-determination and equal rights of peoples.  As a Co-Chair of the OSCE Minsk Group, the United States remains fully engaged in this effort.

In tandem with our diplomatic engagement, the United States is providing $5 million in humanitarian assistance to support the operations of the International Committee of the Red Cross and other international organization and non-governmental organization partners to assist people affected by the recent fighting.  This funding brings total U.S. humanitarian assistance in Armenia and Azerbaijan to more than $10 million since Fiscal Year 2019, which includes nearly $3.9 million to respond to the COVID-19 pandemic, helping vulnerable migrants, displaced people, and the communities that host them.  The new assistance, provided by the Department of State and the U.S. Agency for International Development, will support local efforts to provide food, health, shelter, and other emergency assistance to conflict-affected persons.  U.S. government humanitarian experts continue to assess the impacts of this crisis.  We recognize the contributions of our existing partners in the international community and call on other governments to join with new and increasing support for these efforts’', reads the statement.