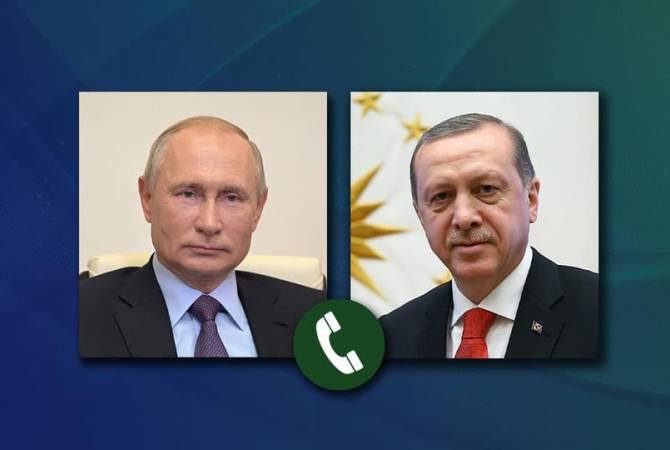 
YEREVAN, NOVEMBER 10, ARMENPRESS. At the initiative of the Turkish side Russian president Vladimir Putin held a telephone conversation with Turkish president Recep Tayyip Erdoğan, during which the sides referred to the adoption of the declaration on ending the war in Nagorno Karabakh by Prime Minister of Armenia Nikol Pashinyan and president of Azerbaijan Ilahm Aliyev, ARMENPRESS reports the press service of the Kremlin informed.

The agreement on a full cessation of fire was particularly emphasized that allowed to put an end to the bloodshed.

An agreement was reached on the implementation of complex measures envisaged by the declaration on the cessation of hostilities in Nagorno Karabakh in the context of further close cooperation’', reads the statement.

The Russian and Turkish presidents agreed to continue regular dialogue in various formats.