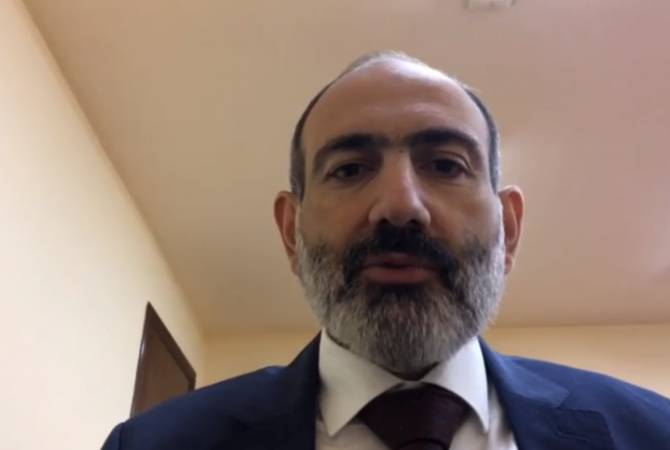 
YEREVAN, NOVEMBER 10, ARMENPRESS. The Armenian military and the political leadership of Artsakh had termed a clear task of immediately stopping the war, Prime Minister Nikol Pashinyan said, explaining the reasons behind signing the armistice with Azerbaijan with Russian mediation.

“I’ve previously said that I’ve made this decision after the military continuously insisted on the necessity of taking this step,” he said, adding that there were some problems which weren’t possible to be solved anymore. “For example, we’ve faced cases when a regiment had to be transported for combat purposes, but the residents of the given settlement had blocked the gates of the military base and didn’t allow the vehicles to exit. We’ve had dozens of cases like this. As a result, there was a problem of getting the equipment to the frontline. In many cases strict intervention was made, while in some cases there simply wasn’t the possibility because police officers were on-duty at the frontline. This has caused serious, grave consequences,” Pashinyan said.

The Prime Minister also pointed out problems in the military’s mobilization system, noting that the citizens who are drafted for active duty to supplement the regular army don’t always have the required combat-readiness. “This doesn’t anyhow mean that all of the [draftees] were in the same condition. We’ve had people who fought heroically. But in any case, we also faced some desertion issues which we couldn’t solve. When the entire involved resource wasn’t effective we had problems, very often those who fought well didn’t have anyone to replace them,” he said, adding that there were servicemen who served on combat duty for one month uninterruptedly with no replacement shifts.

“This all created serious problems to the degree that our army, the political leadership of Artsakh formed a clear task that it was necessary to stop the war immediately, otherwise the consequences would be far worse. This was an extremely difficult and hard decision. It angered us also, but we were in a situation where there was no alternative,” he said.

Speaking on why a truce wasn’t signed on the same conditions on September 27 – the day the war began – the PM said the conditions were the same then. “It could’ve been adopted under the conditions of surrendering the 7 territories known to you and us. We couldn’t take that step because we believed that the army of Artsakh, the Armenian people would be able to enable us to impose the ceasefire rather than for us to be interested in a ceasefire, which, regrettably, didn’t happen. We couldn’t think that surrendering territories was the right way to achieve a ceasefire. A question will be asked, in that case why did we nevertheless decide to take that step, for a simple reason – upon listening to the briefings of the military it became clear to us that the consequences of a continuation would be far more serious. As difficult as it may be, at this moment this simply had to stop,” he said.