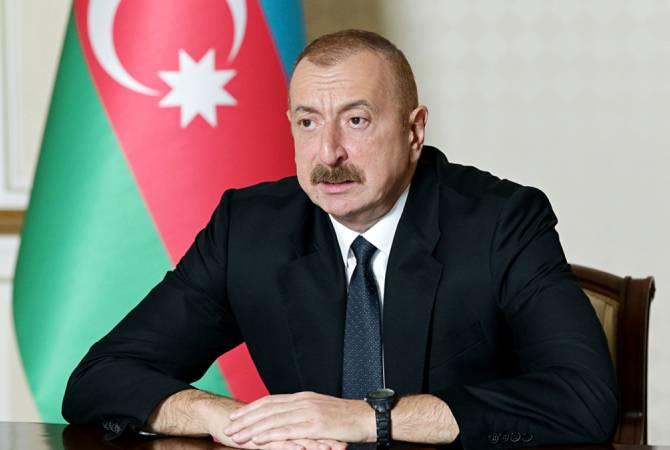 
YEREVAN, NOVEMBER 9, ARMENPRESS. Amid relentless deliberate bombings of residential areas in Artsakh, including with the use of cluster munitions – documented by the BBC and the Human Rights Watch, among others, – Azeri President Ilham Aliyev was once again placed in an uncomfortable situation during an interview with the BBC when pressed on the issue of Azeri indiscriminate attacks.

In the face of evidence of war crimes, Aliyev nevertheless again started to label everything as “fake news”.

The BBC told Aliyev that BBC correspondents on the ground in Stepanakert have witnessed Azeri indiscriminate bombardments of civilians, and that in addition to the BBC the Human Rights Watch has documented Azeri use of cluster munitions. However, Aliyev started claiming that these accounts of the BBC and the Human Rights Watch are all fake news. “I doubt this witnessing…..so what they were there”.

Then, when asked about the double-strike of the Shushi Cathedral, he again said that it might’ve been the Azeri artillery’s mistake, but when the BBC reported wondered whether it is possible to make the same mistake twice, Aliyev said “yes”.

“Everything is false news?” asked the BBC, to which Aliyev blatantly said “absolutely”.