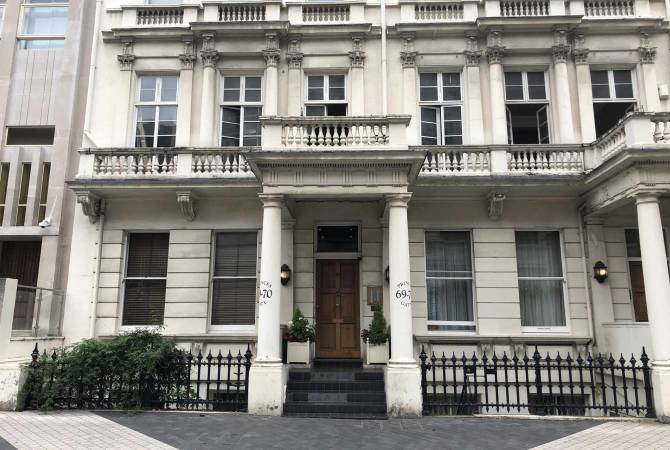 
YEREVAN, NOVEMBER 3, ARMENPRESS. Juma Ahmadzada, son of head of Azerbaijan’s state water resources management company Ahmad Ahmadzada, lives in a luxury apartment in the heart of London, but the apartment has been purchased not by him, but an offshore firm called Vremax Properties Limited, the Organized Crime and Corruption Reporting Project (OCCRP) said in an investigative report.

Several months after the payment, Vremax purchased a $2.3-million luxury apartment in the heart of London. The apartment was already occupied by a young businessman from Azerbaijan, Juma Ahmadzada. Vremax immediately gave him permission to keep living there. What’s more, two years after the initial purchase, the secretive offshore company bought two other apartments next door and allowed Ahmadzada to remodel them, creating a truly palatial residence for him.

OCCRP has seen no direct evidence that the apartment represented a bribe. The owners of Vremax are unknown, as is whether the firm did any real consulting work and whether it had any other sources of income. Finally, the specific role that may have been played by Mehmet Cengiz, Juma Ahmadzada, or his father, Ahmad, in these arrangements is unknown.

The heart of the mystery lies in the offshore secrecy that makes Vremax’s true nature nearly impossible to discover. That’s why the affair warrants further investigation, according to two corruption specialists who reviewed OCCRP’s findings.