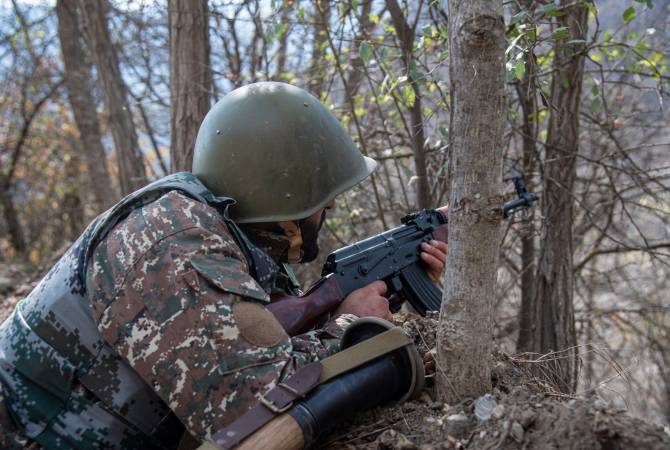 
YEREVAN, NOVEMBER 2, ARMENPRESS. The Artsakh Defense Army says “fierce battles” took place between 20:30 and 23:40 November 1 at the north-western part of the frontline.

The Azerbaijani military sent an entire company to attack two main positions of the Artsakh Defense Army, but the assault was thwarted in fierce fighting. The Azeri company suffered “major losses”, while the remaining troops were blocked in a gorge and subsequently eliminated with precision mortar strikes.

Then, the Azerbaijani military sent a platoon to attack the same direction. This attack was again thwarted and the entire Azeri platoon was destroyed, the Artsakh military said.

The Defense Army said it maintains control over the tactical situation at the given section.