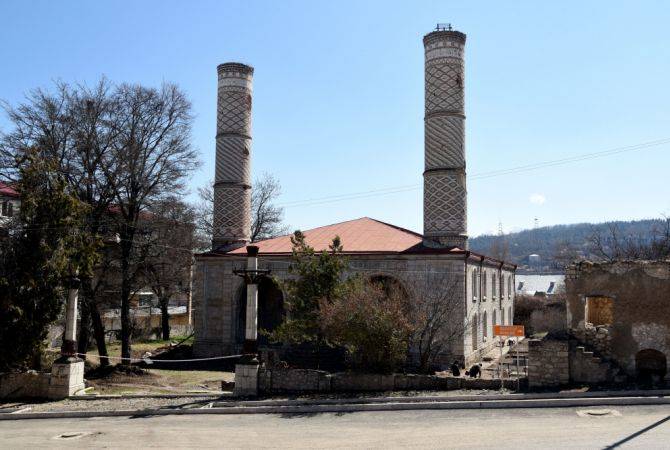 
YEREVAN, NOVEMBER 1, ARMENPRESS. The Gohar Agha Iranian mosque in the town of Shushi in Artsakh has been damaged from the Azeri heavy rocket bombardments, the State Service of Emergency Situations of Artsakh told ARMENPRESS.

The Azeri attack was carried out by Grad and Smerch multiple rocket launchers.

The Artsakh State Service of Emergency Situations said that the mosque was deliberately targeted, but the rocket hit the mosque’s side wall, damaging only one part of the wall.

Other towns and cities of Artsakh were also shelled.

The town of Martuni, Martakert and several villages were bombed with Azeri air strikes.

Stepanakert City, the capital of Artsakh, was also hit, with air raid sirens going on and off seven times throughout the day.