After pledging in Geneva not to target civilians, Azerbaijan again bombs Stepanakert City 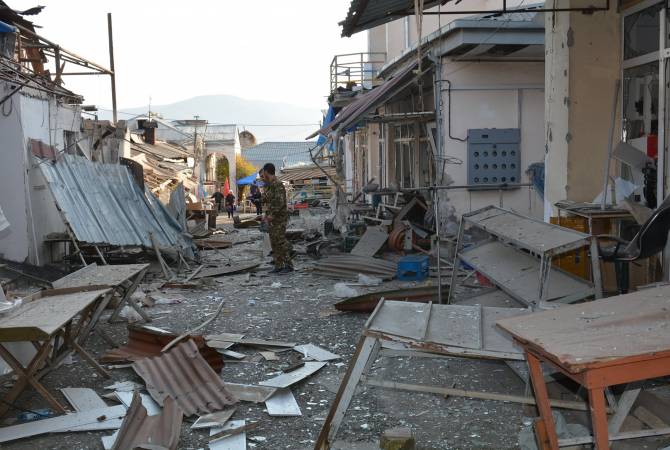 
STEPANAKERT, OCTOBER 31, ARMENPRESS. Shortly after the agreement in Geneva where Azerbaijan pledged it won’t target civilian settlements, the deal was again breached with Stepanakert City of Artsakh coming under another massive Azerbaijani bombardment.

The State Service of Emergency Situations of Artsakh told ARMENPRESS that the city woke up to sounds of explosions starting from 07:08. This time the Azeri military targeted the central market of Stepanakert City, with heavy damages inflicted. A part of the public infrastructure was destroyed.

Another strike destroyed a residential home, with nearby apartments also being damaged. According to preliminary information no one was hurt in this attack.