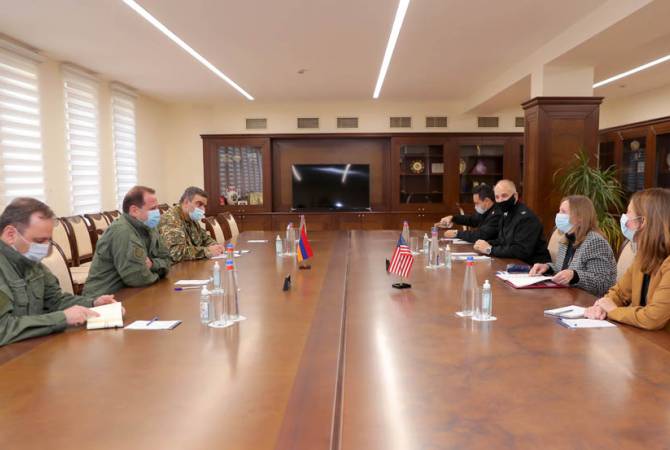 As ARMENPRESS was informed from the press service of the MoD Armenia, the U.S. Ambassador expressed concerns over the non-compliance with the ceasefire agreements and hoped that the diplomatic efforts will give result.

At the request of the Ambassador, the Defense Minister of Armenia presented the process of the military operations and the situation on the front line, specially emphasizing the fact of the involvement of foreign servicemen and mercenaries in the operations.

Davit Tonoyan noted that under the light of the absence of the ceasefire, the Armenian forces continue to carry out their tasks with confidence. He underlined the ceasefire can be possible to achieve only in case of applying verification mechanisms on the ground.