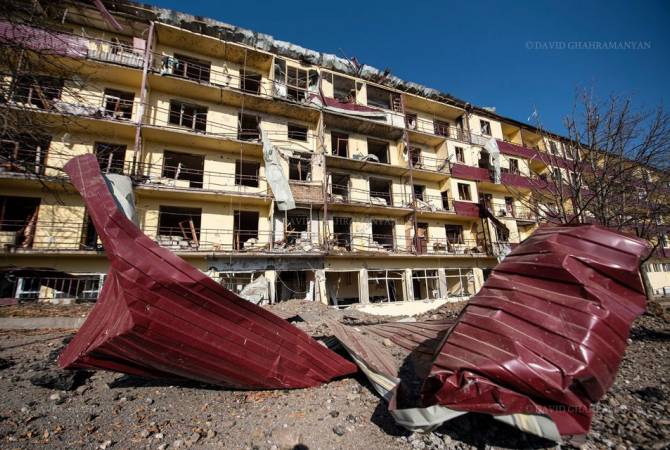 
STEPANAKERT, OCTOBER 30, ARMENPRESS. The Azerbaijani military attempted to once again bomb the town of Shushi, but the strikes landed in the direction of an adjacent ravine, the State Service of Emergency Situations of Artsakh told ARMENPRESS.

“The Azerbaijani forces were trying to target Shushi, but the strike landed in the direction of an adjacent ravine. We can now hear distant sounds of explosions. And a while ago we were told that military actions continue in that direction, and the Artsakh air defense system is also working,” the service said.