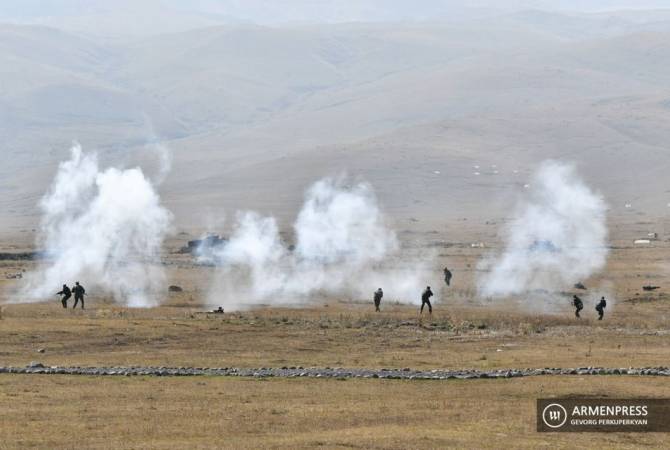 
STEPANAKERT, OCTOBER 30, ARMENPRESS. The Artsakh Defense Army says it continued taking reconnaissance and strike countermeasures overnight October 29-30 in the deployment locations of the Azeri forces, and eliminated “a large quantity of [Azerbaijani] armament and personnel”.

The Azerbaijani forces resumed shelling the residential areas of the towns and cities of Artsakh.

The Artsakh Defense Army said it continues the “search and destroy” countermeasures against the attacking Azeri forces.