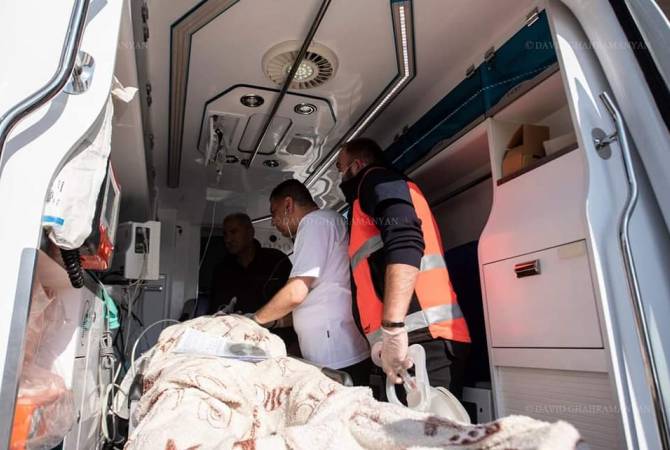 
STEPANAKERT, OCTOBER 29, ARMENPRESS. Civilian casualties and heavy damages occurred in the town of Shushi as Azerbaijan once again bombarded the peaceful settlements of Artsakh on October 29, the State Service of Emergency Situations of Artsakh said.

“Azerbaijan is continuously violating all international conventions, using banned munitions against the peaceful population and civilian settlements of Artsakh. Shushi once again came under an Azerbaijani missile attack. There are civilian casualties and major material damages,” the State Service of Emergency Situations of Artsakh said.

The town of Shushi, as well as the city of Stepanakert and other nearby settlements, were heavily bombarded by the Azeri military with Smerch multiple rocket launchers.