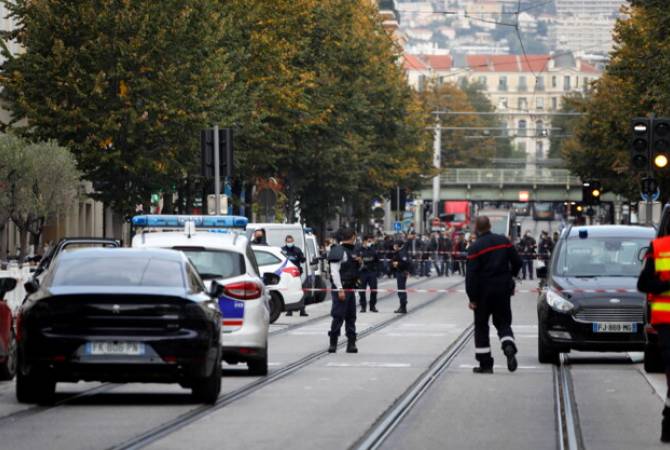 
YEREVAN, OCTOBER 29, ARMENPRESS. Three people have been killed in a knife attack in the French city of Nice, police say.

Nice Mayor Christian Estrosi said everything pointed to a "terrorist attack at the heart of the Notre-Dame basilica,” the BBC reported.

Police said one woman had been beheaded in the attack and Estrosi spoke of "islamofascism". The suspect was detained shortly after the attack.

President Emmanuel Macron has visited the scene of the attack.