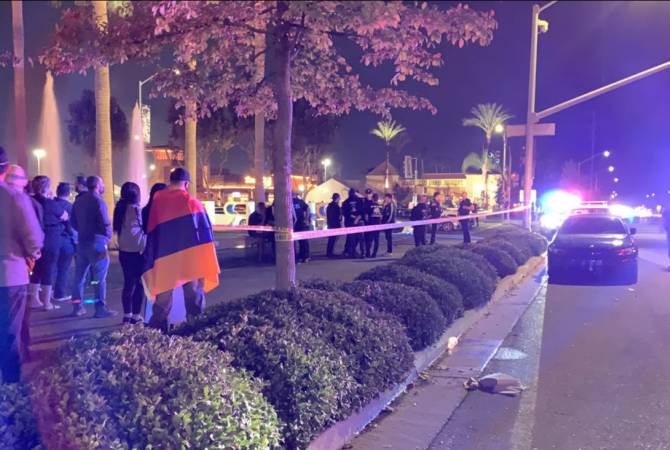 
YEREVAN, OCTOBER 29, ARMENPRESS. Three people have been hospitalized with stab wounds after a suspect attacked an Armenian demonstration in Fresno, CA that was held in the northern part of the city in support of Armenia and Artsakh amid the Azeri attacks.

The incident happened at the intersection of Blackstone and Nees, where about 150 demonstrators had blocked off the northbound lanes of Blackstone about 6:40 pm, ABC30 News reported.
That's when one agitated driver came out of his vehicle and had a verbal exchange with the protesters, police say.
"He was cussing us out and threatening us that he is going to damage our cars and also kill us," said Katarina Melikian, who was at the rally. The suspect first ripped the group’s banner, then went back to his vehicle and took a wooden stick and began swinging it violently at the protesters.

As demonstrators attempted to fend him off, he allegedly pulled out a knife and started slashing.
Police said the suspect fled the scene and rammed into other cars.

The demonstrators said this won't discourage their cause.

"We are not going to stop fighting for our country," said Katarina Melikian.

Police say the suspect, who is already under arrest, faces charges of assault with a deadly weapon.