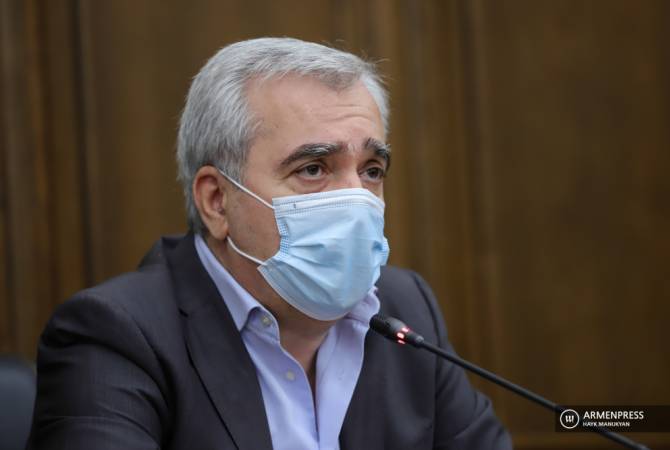 
YEREVAN, OCTOBER 29, ARMENPRESS. The recognition of the independence of Artsakh has become the number one demand, the recognition is a key step to solve the security issue of the Artsakh people, Chairman of the Armenian parliamentary standing committee on defense and security affairs Andranik Kocharyan said.

He said both the international community and the OSCE Minsk Group Co-Chair countries should understand that today an issue of existence is being solved, and the logic – territories for uncertain status, discussed for years by the Minsk Group, can no longer operate. “Because the adversary has shown that they want territories without Armenian population. Today as well they are trying to eliminate not only the buildings, but also the people”, he said.

He said the Armenian side has formed its proposal. “The Prime Minister has presented what is urgent now in order to solve the security issue of our people in Artsakh. The recognition of the independence of Artsakh has become the number one demand”, Kocharyan said.

Kocharyan stated that Armenia today is the guarantor of the security of the Artsakh people. “And today we are fighting jointly for keeping firm the security of our people”, he said.