“The city is shaking from strikes” – Stepanakert under massive Azeri bombardment 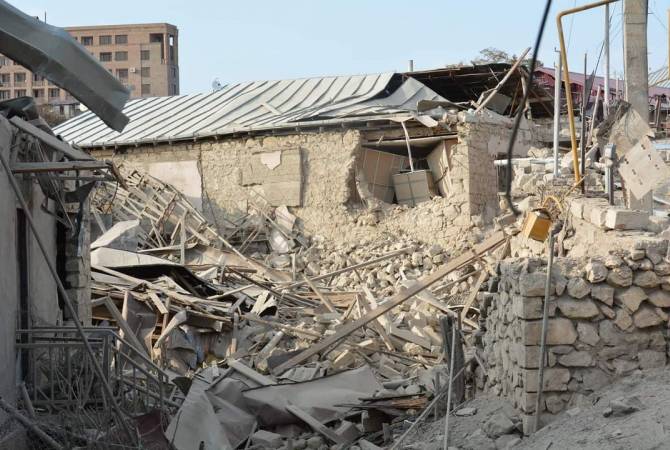 
STEPANAKERT, OCTOBER 29, ARMENPRESS. The Azerbaijani armed forces re-launched the bombardment attack at the city of Stepanakert, the capital of Artsakh from early morning October 29.

More than a dozen strikes have hit the city in the morning, with incoming reports saying “the city is shaking from the strikes”.

Stepanakert City was shelled by the Azeri military overnight as well, with 5 missiles hitting the city.

The capital of Artsakh came under heavy bombing on October 28 also, when the Azeri military delivered a precision strike at the city’s maternity clinic.

09:20 – Artsakh emergency authorities say the first Azeri missile hit the city at 08:03, minutes after the air raid sirens were activated. The Azeri military fired Smerch multiple rocket launchers, hitting a residential home. The home and an adjacent building were completely destroyed, and one vehicle was damaged. The homeowner and his neighbor were wounded and hospitalized.