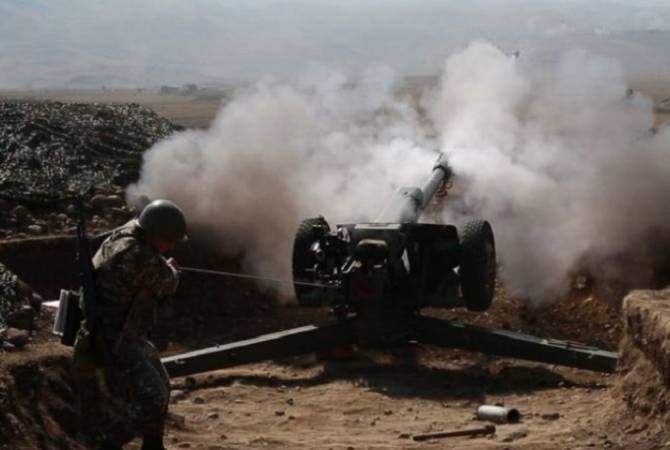 
YEREVAN, OCTOBER 28, ARMENPRESS. The Armenian side has been able to improve its positions in the direction of Berdzor, ARMENPRESS reports representative of the MoD Armenia Artsrun Hovhannisyan said in a press conference.

''During the entire day Azerbaijani armed forces, reinforced by terrorist groups and different special units, continued attacks against the units located along the border of the Republic of Armenia, as well as from the north of Artsakh to the south.

Some not large-scale military operations took place in the southern and Berdzor directions. The adversary was unable to advance in the direction of Berdzor despite its efforts. In this direction our forces were able to record some improvement of positions'', Hovhannisyan said.

Hovhannisyan added that in the northern direction Azerbaijan mainly carried out artillery fire, particularly in the direction of Martakert and units located north from Martakert.