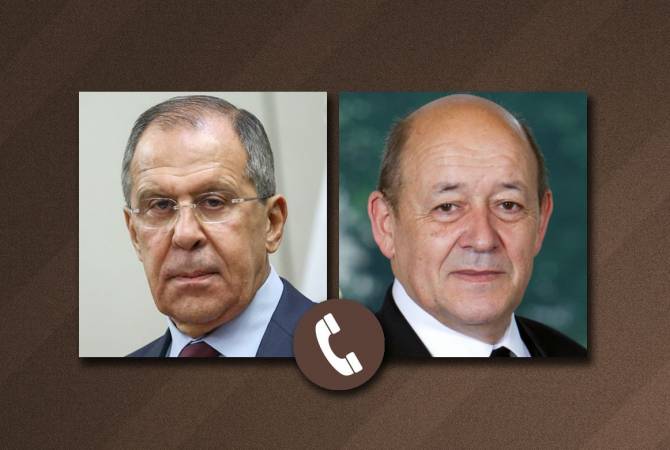 
YEREVAN, OCTOBER 28, ARMENPRESS. Russian Foreign Minister Sergey Lavrov and French Foreign Minister Jean-Yves Le Drian discussed in detail the developments in Nagorno Karabakh conflict zone. ARMENPRESS reports the Russian Foreign Ministry informed that during the phone conversation the Ministers expressed serious concerns over the ongoing military operations and called on the conflicting sides for an immediate and full ceasefire and de-escalation of the situation.

The sides emphasized the absence of an alternative to the diplomatic settlement and the necessity of the coordinated actions of the OSCE Minsk Group Co-chairs. The possible scenarios of the developments were discussed.

The Foreign Ministers of Russia and France highlighted the manifestation of political will by the conflicting sides for the cessation of the military operations.