Armenia, Artsakh, unlike our two neighbors, do not host, but fight terrorists – MFA responds Turkey 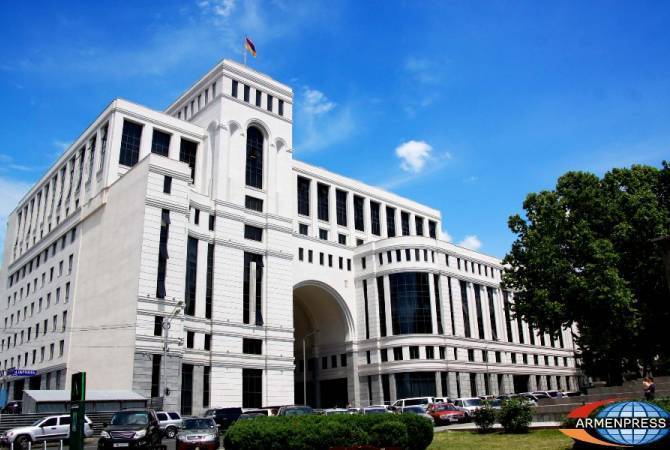 ''Unable to conceal the undeniable fact of deploying international jihadist terrorists from Syria and Libya to the South Caucasus region, Turkey once again resorts to the policy of blatantly misleading the international community with fake and provocative allegations.

The false allegations of Turkish Ministry of Defense that foreign mercenaries are supporting Armenia and Artsakh reflect the dishonorable nature of the military-political leadership of Turkey.

The Armenian side stands for the immediate withdrawal of international terrorist organizations from the South Caucasus and resolutely rejects Turkey’s actions aimed at further destabilization of the region.

We strongly condemn the joint efforts of Turkey and Azerbaijan - terrorist supporting countries, to turn their countries into a hub of international terrorism and to spread that plague throughout the region. In order to confront this threat, close cooperation among all parties interested in regional security is required.

Armenia and Artsakh, unlike our two neighbours, do not host, but fight terrorists,'' reads the statement.

The Azerbaijani armed forces are diligently establishing bases for terrorist groups, the activities of which can further escalate and destabilize the situation not only near the borders of Armenia and Artsakh, but pose a serious threat to the entire region.