Russia has always been stability establishing state in the region, Chief advisor to Armenian PM says 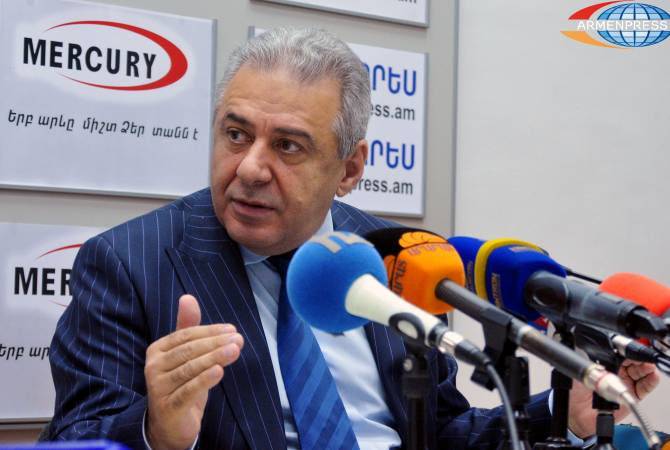 
YEREVAN, OCTOBER 28, ARMENPRESS. Russia is in favor of establishment of stability in the region and the existence of conflicts is not in its interests, Chief advisor to the Armenian prime minister Vagharshak Harutyunyan told Armenpress, commenting on Russia’s role in the context of the escalation of the Nagorno Karabakh conflict.

“In order to touch upon this question let’s make a historical overview. Back in 1994 Russia stopped three conflicts in the Caucasus – Ossetia, Abkhazia and Karabakh. When we are talking about Russia’s role, we can say for sure that it has always been the state in the region which has established stability. Those conflicts in this region are a threat to Russia which are close to its borders”, he said.

He reminded that Russia was the first to react to the aggression launched by Azerbaijan and Turkey against Artsakh on September 27, as statements were made by Russia’s foreign minister Sergei Lavrov, defense minister Sergei Shoigu, President Vladimir Putin. Russia was also the first to react to the 2016 April war. That time as well Russia was quite active in the establishment of the ceasefire, and a respective agreement was reached in Moscow.

Asked what policy Turkey is conducting, Vagharshak Harutyunyan said Turkey continues to add fuel to the fire and plays the role of a destabilizer. According to him, currently only Turkey is acting, not Azerbaijan, and the instability in the region is in the interests of Turkey. Harutyunyan said today the decisions are being made in Turkey, and Azerbaijan is voicing them. According to him, Azerbaijan is servicing the implementation of the neo-Ottoman ideology.

“Here I would like to note that Russia is fighting against international terrorists at all directions. When in the past the Russian Federal Assembly was discussing sending troops to Syria, the explanation was that if this mission is not carried out, that terrorists would come to the CIS states, Russia. Now we see this. Today Turkey is arming terrorists in Idlib, and Russia is taking actions to disarm. In line with the factor of stabilizing the region, Russia is also fighting against terrorists in Syria”, he said.

The PM’s chief advisor also doesn’t consider Russia’s military drills in the Caspian Sea as a coincidence. According to him, with these drills Russia shows that it is concerned over this situation. Russia is openly announcing that it cannot tolerate a situation when the terrorists have approached to its borders, Vagharshak Harutyunyan stated.