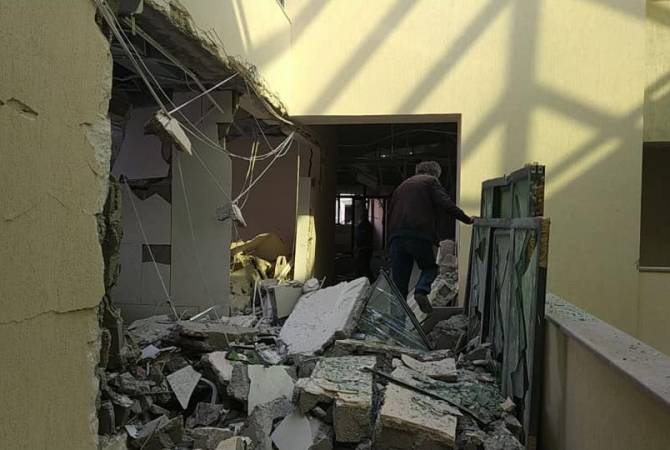 
YEREVAN, OCTOBER 28, ARMENPRESS. The Ministry of Foreign Affairs of Artsakh has released images showing the maternity hospital of Stepanakert City after it was hit by an Azerbaijani air strike.

Heavy civilian casualties are reported in the latest Azeri bombing of residential areas in the city of Stepanakert and the town of Shushi.