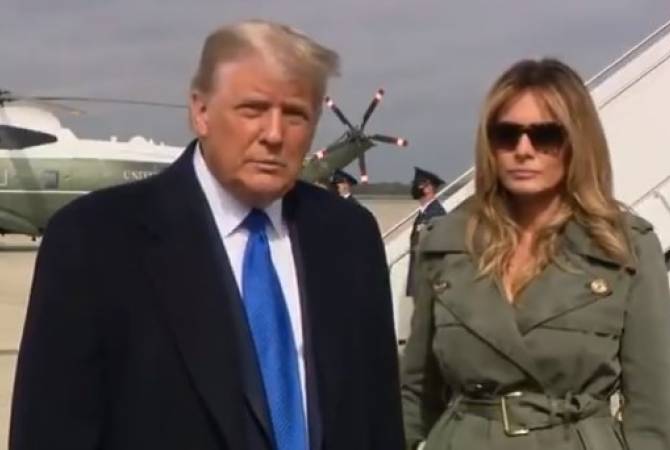 
YEREVAN, OCTOBER 27, ARMENPRESS. U.S. President Donald Trump announced that he is disappointed for non-fulfillment of the ceasefire agreements between Armenia and Azerbaijan, ARMENPRESS reports Trump told the reporters.

Donald Trump emphasized that the conflict has lasted long years. ''Yes, it's dissapointing to see that. ''This is what happenes when you have countries that have been going at it for a long time. It''ll get beck together'', he said.

Trump on Armenia-Azerbaijan ceasefire: "Well, they've been at it for many, many years. Yeah, it's disappointing to see that. That's what happens when you have countries that have been going at it for a long time. It'll get back together."https://t.co/ofAyHDS0sE pic.twitter.com/jdB5gn7wDG