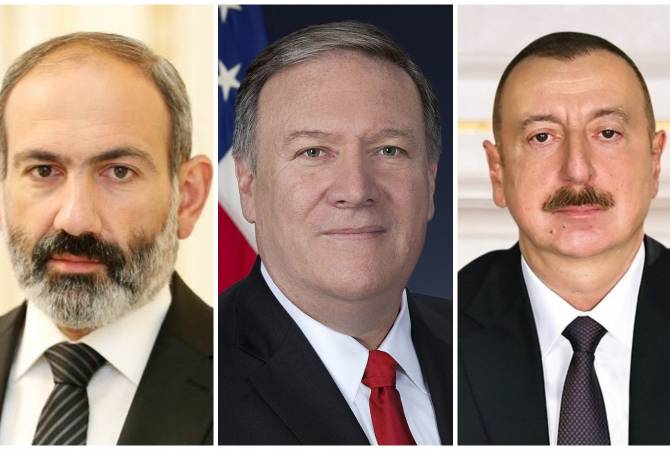 Pompeo urged the leaders of Armenia and Azerbaijan to observe the ceasefire regime.