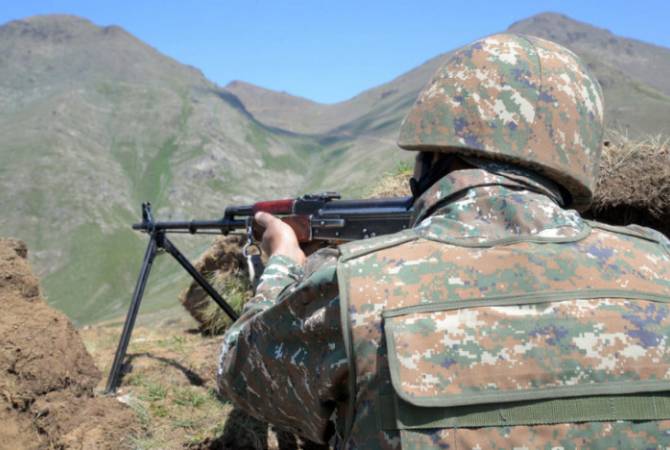 
YEREVAN, OCTOBER 27, ARMENPRESS. The Armenian Border Guards at the southern direction of the state border have taken preventative measures to thwart the Azerbaijani transgressions and inflicted significant damages and losses upon the Azerbaijani military, the Armenian Defense Ministry spokesperson Shushan Stepanyan said.

Stepanyan said that the Azerbaijani military is deploying UAVs in this section of the border.

Earlier in the morning of October 27, the Azeri military bombed a border guard position of the Republic of Armenia located at the Armenian southern border with Iran. Another attack in the same direction was reported shortly afterwards, leading to victims.