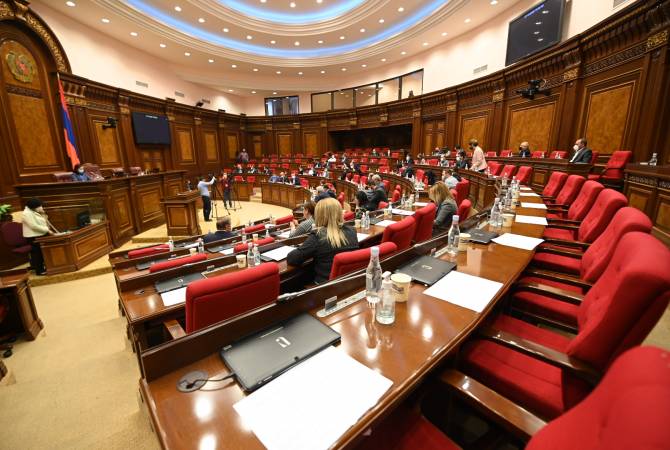 
YEREVAN, OCTOBER 27, ARMENPRESS. The Armenian Parliament debated today a loan agreement signed between Armenia and the International Bank for Reconstruction and Development according to which it is planned to attract 17 million Euros additional funding.

Deputy minister of territorial administration and infrastructures Vache Terteryan introduced the bill on ratifying the agreement to the lawmakers.

The deputy minister said the agreement proposes to continue the two previous projects implemented by the Territorial development fund aimed at developing social infrastructures in communities.

“With the proposed agreement we are expecting to receive additional funding which will comprise nearly 17 million Euros. We are assessing this project as effective”, he added.