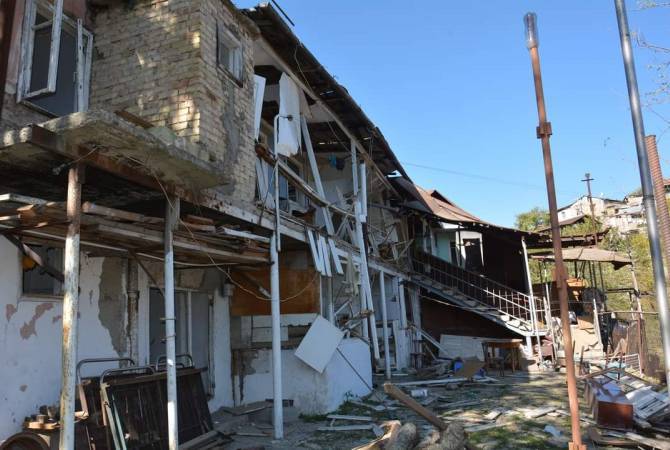 
STEPANAKERT, OCTOBER 26, ARMENPRESS. 1 civilian was killed and 2 others wounded in the village of Avetaranots in Artsakh in the latest Azeri violation of the humanitarian ceasefire.

“The staff of the Human Rights Ombudsman of Artsakh received information that the Azerbaijani side, violating the humanitarian truce agreed on October 25, continued missile strikes on the civilian settlements of the Artsakh Republic. During the day, a number of settlements were targeted, including the village of Avetaranots in the Askeran region, where an hour ago, from the fire of ''Smerch'' multiple rocket launcher, a civilian, Gevorg Hambardzumyan, was killed; and two civilians, Henrikh Adamyan and Andrey Hambardzumyan, were wounded,” the Ombudsman’s Office said.