Erdogan’s and Aliyev’s policy a direct blow to image of Putin, Trump and Macron– political scientist 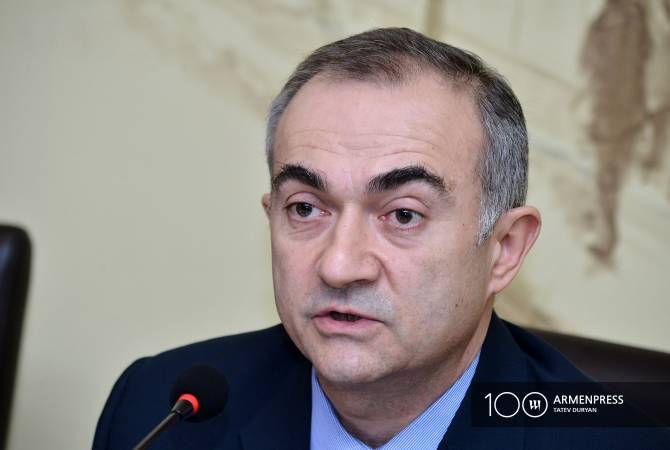 
YEREVAN, OCTOBER 26, ARMENPRESS. Political scientist Tevan Poghosyan says Turkish President Recep Tayyip Erdogan and his Azerbaijani counterpart Ilham Aliyev, by violating another ceasefire agreement, are causing a direct blow to the image of the leaders of the three mediation sides – Russia, US and France.

“Erdogan’s and Aliyev’s policy is a direct blow to the image of Putin, Macron and Trump”, he told Armenpress.

Poghosyan said Turkey and Azerbaijan blow the image of the leaders of the three countries which mediated for the ceasefire in Nagorno Karabakh, showing that they are ignoring them. According to Poghosyan, this is a direct insult. The political scientist, however, doesn’t know how this time the adversary will justify its actions. “They will try to accuse us, but we must be able to prove the truth and move forward guided by our interests”, he said.

He highlighted the importance of working at all directions. “Everything starts from protecting our interests in the battlefield, in line with this wars are also taking place both in the diplomatic, information, political and economic fields, and these battles should be carried out also in these spheres”, the political scientist added.

On October 26, a new agreement by the US mediation on humanitarian ceasefire in the Nagorno Karabakh conflict zone was achieved, which was supposed to come into effect at 08:00. However, 45 minutes after the ceasefire entered into force, Azerbaijan launched artillery strikes at the Artsakh positions in the north-eastern direction. Another violation was recorded at 09:10, as the Azerbaijani side fired artillery shells, targeting the Artsakh positions in the south-eastern direction.