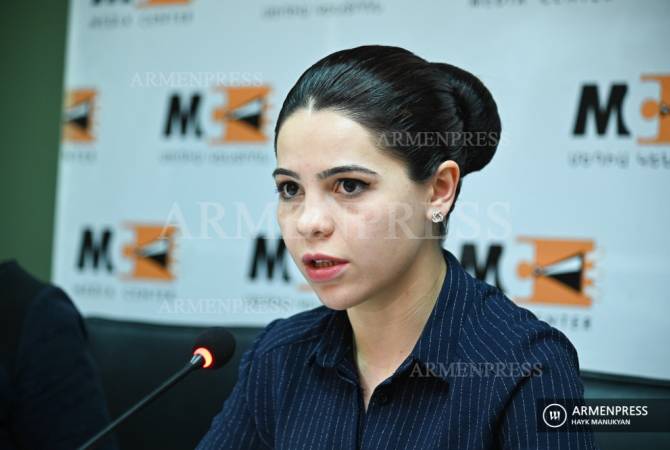 
YEREVAN, OCTOBER 25, ARMENPRESS.  MP from ''My step'' parliamentary group, expert on Azerbaijani studies Tatevik Hayrapetyan does not think that the limitations imposed on some settlements of Azerbaijan is conditioned by COVID-19, Tatevik said in an interview with ARMENPRESS.

''The number of such settlements gradually increases, In addition, I'd like to remind that a few days ago Azerbaijan announced about closing not only universities and schools, but also the subway, which is an interesting development. They said they had some fears, talked about possible terror acts and just yesterday the U.S. embassy issued a statement about it. The settlements that are closed down are populated with Lezgin and Talysh people. I think the reason is not the pandemic'', Hayrapetyan said.

She noted that during these days there is really rise of the pandemic in Azerbaijan, but the reasons of the limitations should be searched somewhere else.

''The Azerbaijani side sees some possible domestic threats and risks and they are trying to take preventive measures. The COVID-19 numbers presented by them are not so dangerous to impose such limitations'', Hayrapetyan said.

Referring to the Syrian and Libyan terrorists sent by Turkey to Azerbaijan for fighting against Artsakh, Tatevik Hayrapetyan said they can also cause real troubles inside Azerbaijan and the authorities of the country see here serious risks as well.