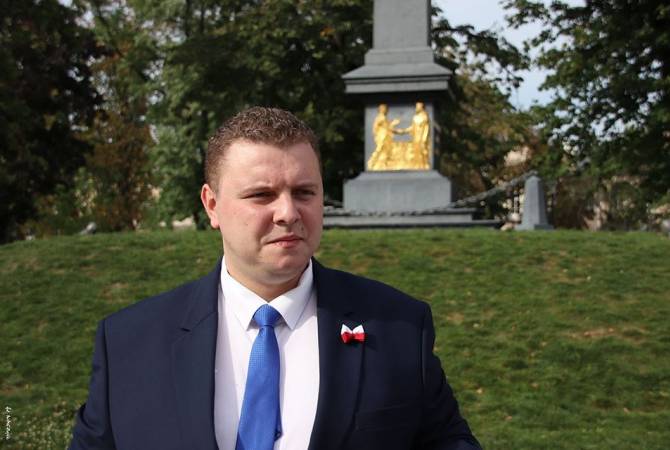 
YEREVAN, OCTOBER 25, ARMENPRESS. A Civic Committee for the Recognition of the Independence of Artsakh will soon be launched in Poland, Tomasz Lech Buczek – the author of “The Cry of the Armenian Mother, Genocide in Sumgait, 1988” book said in an open letter addressed to President of Artsakh Arayik Harutyunyan.

Tomasz Lech Buczek has also launched a petition on bringing Azerbaijan to the international tribunal for crimes against humanity.

“I heard about the respected president’s call to take actions, aimed at recognizing that beautiful piece of land, Artsakh’s independence, which for 2000 years has been liberated with the blood and tears of the Armenian people,” he said.

He said the committee will comprise from “peace-loving” citizens of Poland.

Among the goals of the committee he noted the protection of the rights and dignity of the Armenian people, actions aimed at stopping the conflict in Artsakh, information actions regarding Artsakh, actions aimed at the recognition of Artsakh as an independent country and the provision of aid to the victims and refugees in Artsakh.

“Let’s recognize Artsakh. You are not alone”, he said.