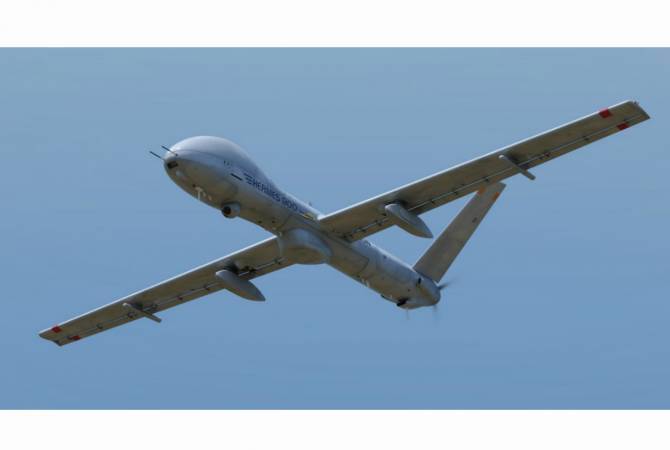 
YEREVAN, OCTOBER 25, ARMENPRESS. An Azerbaijani military drone has breached the airspace of Artsakh and hovered above Stepanakert City, causing the air raid sirens to go off. However, the situation in the civilian settlements of Artsakh has been calm today, the State Service of Emergency Situations of Artsakh spokesperson Hunan Tadevosyan told ARMENPRESS.

“So far the situation in the settlements of Artsakh was calm. However, one UAV was seen above Stepanakert, and that is why the air raid sirens were activated, but the sirens were de-activated around 17:00,” he said.

Tadevosyan did not elaborate whether or not the drone was shot down.

Numerous towns and cities of Artsakh, including Stepanakert, were shelled and bombarded by the Azeri military multiple times since the war began on September 27.