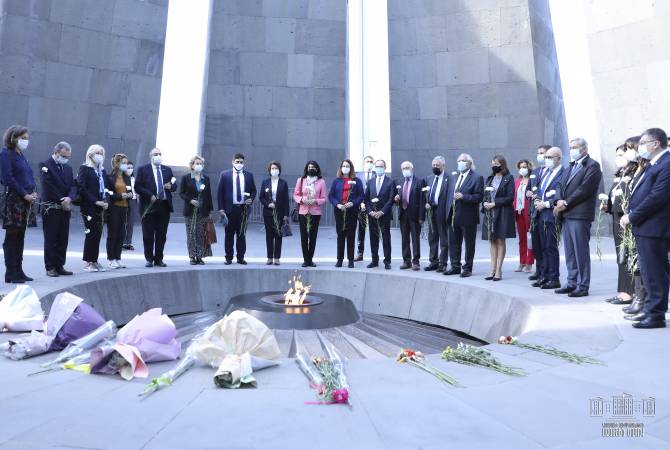 The delegation members were accompanied by MP of the Armenian Parliament from the ruling My Step faction Vladimir Vardanyan, French Ambassador to Armenia Jonathan Lacôte and Armenian Ambassador to France Hasmik Tolmajyan.

The guests were welcomed by deputy director of the Armenian Genocide Museum-Institute Lusine Abrahamyan.

The French parliamentarians laid flowers at the Eternal Flame, paying a tribute to the memory of the 1915 Genocide victims.

The French delegation consists of 15 lawmakers.

They will also visit Artsakh to get acquainted with the situation there caused by the Turkey-backed Azerbaijani aggression.