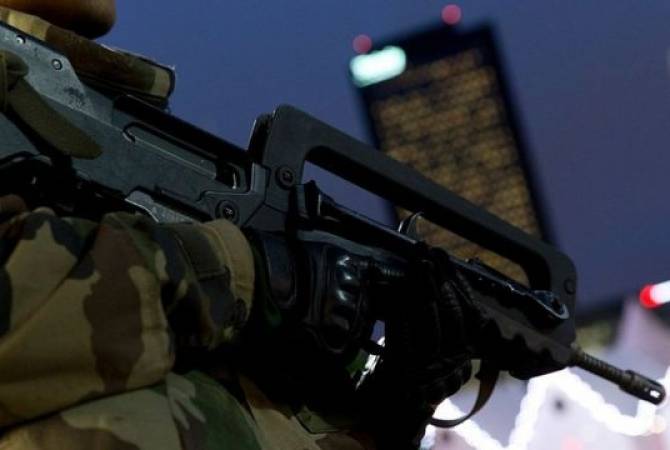 
YEREVAN, OCTOBER 24, ARMENPRESS. The BBC has studied the videos showing two Armenian men taken prisoner and later shot dead by the Azerbaijani troops, confirming that the man giving commands in both videos is a native Azerbaijani speaker with a regional accent, and the helmets and rifles seen on the soldiers matched those used at least in some instances by Azerbaijani servicemen.

The BBC has confirmed that the man giving commands in both videos is a native Azerbaijani speaker with a regional accent. The prisoners from the first video also appear to be the men being executed in the second as they are wearing the same clothes.

The BBC has studied the clips and confirmed that they were filmed in Hadrut, a town in Artsakh, that has seen intense fighting. The first videos actually showing the Azerbaijan army in the town centre appeared on 15 October. The POW videos both appeared for the first time on 15 October. The execution clip seems to be filmed at a park approximately a kilometre away in the south of the town.

Bellingcat open-source investigators identified the same locations and time periods for both videos and confirmed that helmets and rifles seen on the soldiers matched those used at least in some instances by Azerbaijani servicemen.

The BBC spoke to a former British military intelligence officer who agreed to talk on condition of anonymity due to security reasons. They said: "These are real bullets, this is a real killing. This is genuine, and I don't see any reason to assume it's staged."

He said Armenia's representatives at the European Courts of Human Rights had already asked for copies of the videos. Mr Tatoyan said he would share the clips with the UN human rights commissioner, the Council of Europe and other international bodies.

A spokesperson for the Council of Europe's commissioner for human rights, Dunja Mijatovic, confirmed that the materials had been received and the commissioner was "closely following the situation and she will look into all allegations of grave human rights violations and take actions when she deems appropriate".