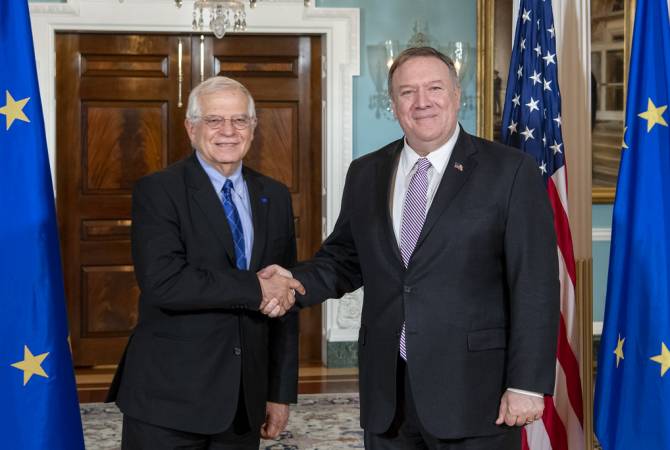 
YEREVAN, OCTOBER 24, ARMENPRESS. EU’s High Representative for Foreign Affairs and Security Policy Josep Borrell and US Secretary of State Michael Pompeo held a telephone conversation during which they also discussed the situation in the Nagorno Karabakh conflict zone, in addition to a number of topics, the EU said in a press release.

EU’s Borrell and Secretary Pompeo urged the immediate cessation of hostilities and respect for the agreed ceasefire.

“They called upon the sides to re-engage in meaningful negotiations without delay under the auspices of the OSCE Minsk Group Co-Chairs. The two principals call on all actors, including external parties, to refrain from actions that may increase the risks for the region”, the news release said.