Armenians in Turkey appear under target of hate speech and threats: MP Paylan among them | ARMENPRESS Armenian News Agency

Armenians in Turkey appear under target of hate speech and threats: MP Paylan among them 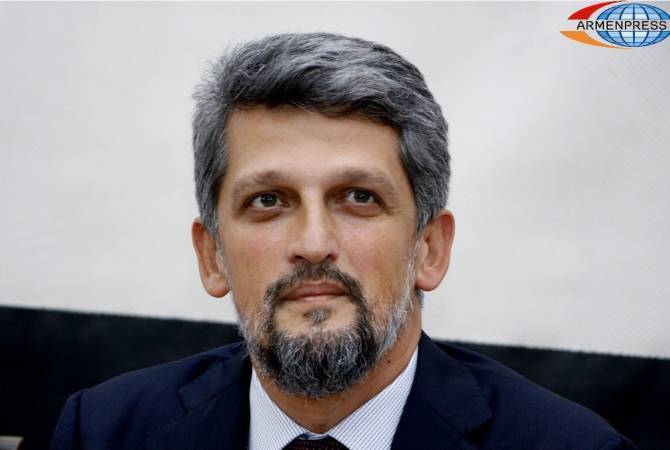 
YEREVAN, OCTOBER 23, ARMENPRESS. Hate speech and threats to Armenians in Turkey have intensified amid the ongoing Turkey-backed Azerbaijani aggression on Armenia and Artsakh.

Ethnic Armenian MP of the Turkish parliament Garo Paylan, in an interview to Duvar, stated that the ruling Justice and Development Party (AKP) has created an “ordinary hate atmosphere” in the country.

The news agency noticed that Garo Paylan is also under target in Turkey for supporting the ceasefire, calling for peace.

At the time when the Turkish government stands by Azerbaijan in the war around Nagorno Karabakh, Armenians in Turkey have appeared under the target of hate speech and threats. “In such situation when Turkey is standing by Azerbaijan and when hate speech is applied on Armenians, we feel the pigeon’s anxiety as once said our beloved Hrant Dink. Unfortunately, we feel the deepest anxiety of the pigeon these days”, Garo Paylan said.

He said peaceful civilians suffer during the war, adding that he sees the solution of the issue on the peace table.